What to see in india

In time , we will meet you at arrival of IGI airport holding paging board of your name & transfer you at pre- booked hotel in Delhi.

Sightseeing tour of Old Delhi. Drive pass historic RED FORT – Shah Jehan’s elegant citadel in red sandstone, which was built as an octagon measuring 900m by 550m and surrounded by a 9-meter deep moat, which was at its inception fed by the waters of the Yamuna River.  Enjoy Rickshaw ride in Old Delhi.  Very near the Fort is the JAMA MASJID (Friday Mosque), India’s largest mosque, also built by Shah Jahan, take an interesting rickshaw ride through the famous bazaars of Chandni Chowk, which is adjacent to both the Fort and the Mosque. Also visit RAJ GHAT – the memorial to Mahatma Gandhi.

Afternoon: Sightseeing tour of New Delhi. The TOMB OF HUMAYUN – the magnificent structure in red sandstone and white marble is one of the finest examples of the garden tomb, and a precursor to the Taj Mahal. Its proportionate spaces, double dome and refined elegance are characteristic of Mughal architecture.

Visit the QUTAB MINAR, a Tower of Victory which was built in the 12th century by Qutbuddin Aibak. Within its spacious courtyard stands the Iron Pillar, which dates back to the 4th century AD and bears a Sanskrit inscription in the Gupta style. The pillar has puzzled scientists, as its iron has not rusted in all these centuries.

Drive pass from INDIA GATE, the memorial of the First World War and the road that leads from there to RASHTRAPATHI BHAWAN – the residence of the President of India, which is flanked by the houses of Parliament and the Government Secretariat buildings. Overnight in Delhi

Morning breakfast at hotel. Later driver will meet you hotel and proceed to Mandawa. On arrival check –in Hotel.

Mandawa, in spite of being one of the best maintained Shekhawati towns had shown gross neglect and the small, remotely located feudal principality had held many noteworthy painted mansions. The most famous ones had been the Hanuman Prasad Goenka Haveli, the Goenka Double Haveli, the Murmuria Haveli, the Gulab Rai Ladia Haveli etc and there had also been the fort which had occupied the center of the town. Having been converted into a heritage hotel, it had been off limits for non guests and apart from them, Mandawa had been a small fanwork of tiny lanes which had held gnarly banyan trees, tailoring shops and tea stalls. It had been a place where time had stood still and villagers had sipped tea and gossiped for hours. Donkey and camel carts had made up of most of the traffic and fearless hoopoes and other birds had come too close. Occasionally a rattling overflowing bus or assembled jeep had rumbled past, spewing toxic black smoke on the onlookers’s faces and their comings and goings had caused much excitement among the villagers.

Morning after breakfast, proceed for sightseeing of Jodhpur.

Visit MEHRANGARH FORT, the walls of the f ort enclose a variety of handsome, red sandstone buildings, palaces, barracks, temples and havelis. Delicately latticed windows and pierced screens worked in sandstone are the surprising motifs inside the fort. The palaces – Moti Mahal, Phool Mahal, Sheesh Mahal and other apartments are exquisitely decorated with paintings still gracing some of the ceilings and the walls. Outside the fort visit JASWANT THADA, a royal crematorium in marble, built in 1899 for Maharaja Jaswant Singh.

Morning after breakfast, depart for Udaipur.

En-route visit Ranakpur Jain temples with intricately carved marble Pillars and Domes.  Beautifully sculptured Jain temples mark the glory of this renowned place. Considered as one of the five holy places for the Jain community, these were created in the 15th century during the reign of Rana Kumbha. These are enclosed within a wall. The central Chaumukha [four faced temple] is dedicated to Adinathji. The temple is an astounding creation of architectural splendor with 29 halls and 1,444 pillars all distinctly carved, no two pillars being alike.

In the afternoon: Enjoy a BOAT CRUISE on Lake Pichola on which the majestic Lake Palace Hotel is situated. See the Ghats along the lake and the interesting buildings on the banks. The view of the city palace from the lake is spectacular. Dock at the Jagmandir Island where Shah Jehan was once given sanctuary by the Maharana of Udaipur. Overnight in Udaipur

Morning: City tour of Udaipur. Visit the CITY PALACE, a majestic architectural marvel which is perched on a hill and towers over Lake Pichola. The Palace is a majestic conglomeration of courtyards, pavilions, terraces, corridors, rooms and hanging gardens. Each palace within is an outstanding creation of art. Visit the BHARATIYA LOK KALA which has an interesting collection of Indian folk art including costumes, ornaments, puppets, masks, dolls, musical instruments and deities. Later visit SAHELION-KI-BARI the “Ladies Garden”, with its rich foliage and intricately designed fountains.

Rest of the evening at leisure to experience the City of Dawn, surrounded by the ancient Aravali Mountains and set on the edge of three lakes, is a brilliant kaleidoscope of narrow lanes flanked by bright stalls, gardens, lakes, palaces and temples. Overnight in Udaipur

Morning after breakfast, proceed to Jaipur.  On arrival check –in Hotel.

Enjoy your breakfast at the hotel; later proceed for the excursion to AMBER FORT, here you will enjoy the Elephant Ride to reach atop of the palace. This journey on embellished elephants is bound to enrich your memories with the Royal lifestyle of the Maharajas and leave you with a truly unforgettable experience. Inside the Fort visit the Hall of Victory or Jag Mandir – is the famed Sheesh Mahal – a room with all the four walls and ceiling completely embedded with glittering mirror pieces, which were specially imported from Belgium during that period.

Continue your journey: with the city tour of Jaipur – visiting Maharaja’s CITY PALACE, the former Royal residence, part of it converted into a museum. A small portion is still used by the Royal family of Jaipur. One of the major attractions in the museum is the portion known as Armory Museum, housing an impressive array of weaponry-pistols, blunderbusses, flintlocks, swords, rifles.

Later visit the Jantar Mantar (OBSERVATORY), which is the largest stone and marble crafted observatory in the world, having 17 large instruments, many of them still in working condition.

During the tour you will also have a brief photography stop at HAWA MAHAL – the Palace of Winds. Also visit of local markets of Jaipur in the evening. Overnight in Jaipur

Aarti ceremony at Birla Temple in Jaipur - In the evening enjoy Aarti Ceremony in Birla Mandir.  “Aarti” is a very auspicious Hindu ritual in which we offer our prayers (traditional hindi song) to God. The Guru or the Master with his devotees, sing the prayers along with the lighting of the small lamps. The experience, the view and the positive vibrations are so inspirational that it is difficult to put into words. Overnight in Jaipur

Fatehpur Sikri - This exquisite city built by Akbar the Great in 1569, in red sandstone, with its forts, palaces and mosques was abandoned 14 years after its creation due to political reasons.  The Diwane-i-Am – a vast courtyard in which the emperor gave daily public audience; Diwane-i-Khas – a large quadrangle which contained all the major functions of the Palace, Pachisi court, the Emperors private living quarter, Jodha Bhai’s Palace, Mariam’s Palace, Birbal’s Palace, Hawa Mahal and Panch Mahal are some of the important buildings of

this residential complex. The Friday Mosque and the exquisite tomb of Sheik Salim Chisti are in the religious grounds set aside in a separate enclosure adjacent to the secular buildings.

Arrive Agra and check-in to hotel.

Morning after breakfast, enjoy sightseeing of Agra which includes

TAJ MAHAL – monuments of Love, (TAJ MAHAL REMAIN CLOSED ON EVERY FRIDAY ) which was built in the middle of the 17th century by the Moghul emperor Shah Jehan for his wife Mumtaz Mahal. Visit the Taj Mahal surely the greatest monument to love and one of the wonders of the modern world. Completed in 1652, skilled craftsmen from Persia, Turkey, France and Italy and some 20,000 labourers worked for 22 years to build this edifice, constructed by

Emperor Shah Jehan as a mausoleum for his beloved queen Mumtaz Mahal. Marble was brought from Makrana, near Jodhpur and precious stones of onyx, amethyst, malachite, lapis lazuli, turquoise, jade, crystal and mother of pearl were carried to Agra from Persia, Russia, Afghanistan, Tibet, China and the Indian Ocean.   Enjoy Tonga ride in Agra.

Visit AGRA FORT built by three Mughal Emperors starting from Akbar the Great in 1565 AD, which is a masterpiece of design and construction. Within the fort are a number of exquisite buildings including the Moti Masjid, Jahangir’s Palace, Khaas Mahal and the Sheesh Mahal, Diwane-i-Am, Diwane-i-Khas and Musamman Burj, where Emperor Shah Jahan, the fifth Mughal Emperor died a prisoner. Overnight in Agra

Morning arrival at Varanasi station, in –time meet there and transfer to Hotel.

Varanasi is one of India’s most important pilgrimage sites and the holiest of holy cities for Hindus.  Known also as Kashi and Benaras, Varanasi is one of the world’s oldest living cities, and has been a centre of learning and culture for well over 2000 years.  On arrival you drive to hotel for check in.

Evening visit Dashwamedh Ghat to witness evening prayer on Holy Ganges. In the evening, the grand ‘Aarti’ at Dashwamedh Ghat, conducted every sunset by five white-robed priests. These five young men sway in seemingly choreographed movements, worshiping the river goddess with incense, camphor, flowers and earthen lamps. Thousands of illuminated lamps are immersed in the waters of the holy Ganges and the floating lamps add a divine look to the river at dusk. Sit with some ‘sadhu’ and enjoy knowing their lifestyle from close proximity.   You might even run into someone who is more than 100 years old! The Ghats also provide a good option for photography with serene temples and their bustling courtyards creating a perfect backdrop.

Morning transfer for Boat ride at dawn down India's most sacred river, The Ganges. Sun rise at the holy river is a truly tranquil and breath taking sight with pilgrims standing waist‑deep in water, praying to the rising Sun. Past these bathing ghats, see the "burning ghats"  where the Hindus cremate their dead. This is done with great religious fervour which makes for a moving experience.

The Benaras Hindu University founded in 1916 and its famous Museum ‑ Bharat Kala Bhavan which houses one of the finest collection of Mughal miniature paintings and brocade textiles. The Bharat Mata and Durga Temple and see the famous Vishwanath temple with its spires covered with gold, dedicated to Shiva, the presiding deity of the city.

Afternoon proceed for excursion tour of Sarnath. The place where the Buddha turned the Wheel of Law and delivered His First Sermon. See the Chowkandi and Dhamek Stupas, the ruins of 9th and 10th century monasteries and temples, the temple built by the Mahabodhi Society in 1931, and the Tibetan Temple. Visit the famous Sarnath Museum.

The end of the tour 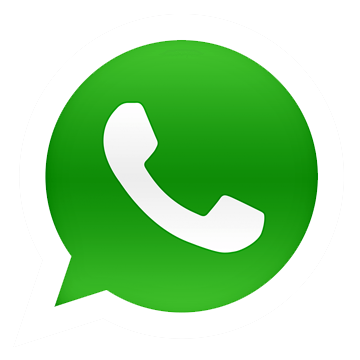 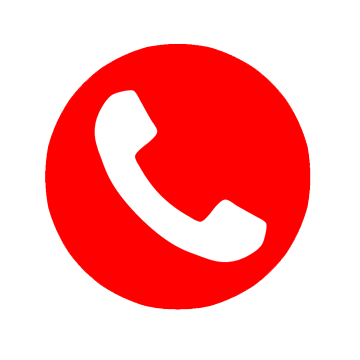